Fans of K-pop singer and actor Park Yu-chun, a member of boy band JYJ, wait for Park before he speaks in front of the media and fans at Gangnam Ward Office in Seoul, South Korea, Aug 25, 2017, as he is discharged from his two-year mandatory military service. Yu-chun has worked for the ward office of Seoul as an alternative to his military duty. Yu-chun was embroiled in a scandal in June, 2016 while in the middle of his military duty as four different women who were working at bars, lodged complaints against him, asserting he raped them. Yu-chun was later cleared of the charges. He will marry Hwang Hana, a granddaughter of founder of Namyang Dairy Product Co. in September, 2017, local media reported. Photo by Lee Jae-Won (SOUTH KOREA) www.leejaewonpix.com 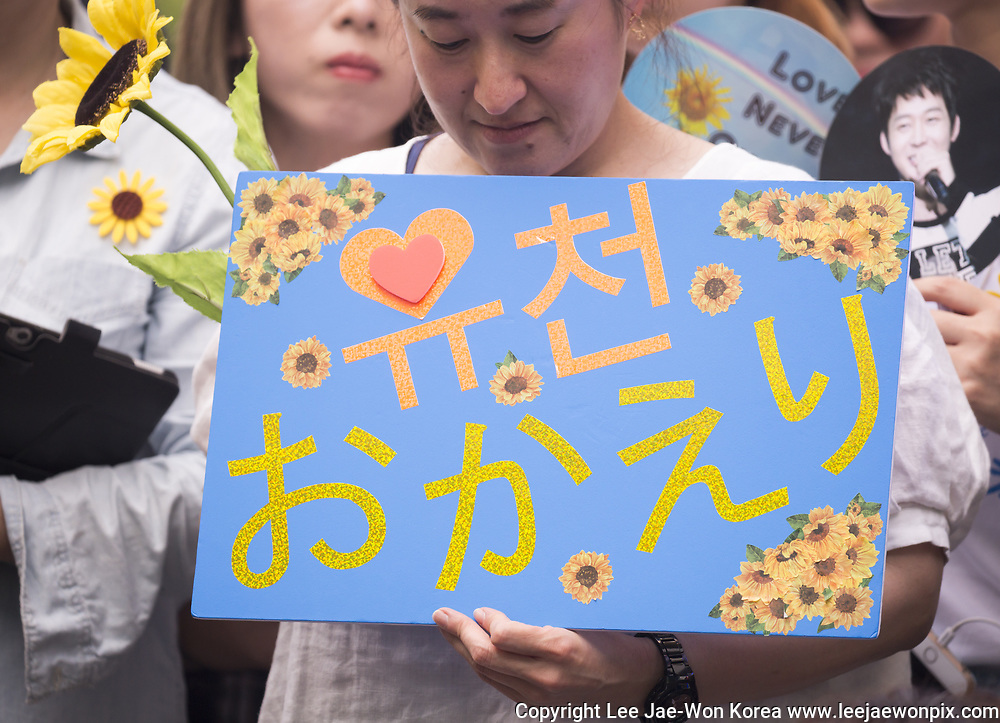