A college student shouts slogans from a police bus after he was detained by the police during a sit-in demonstration on a street in central Seoul September 29, 2011. College students demonstrated to demand that President Lee Myung-Bak fulfill his presidential election pledge to cut tuition fees by half and provide solutions for youth unemployment. The police said about 2,500 people attended the demonstration. Photo by Lee Jae-Won (SOUTH KOREA) www.leejaewonpix.com 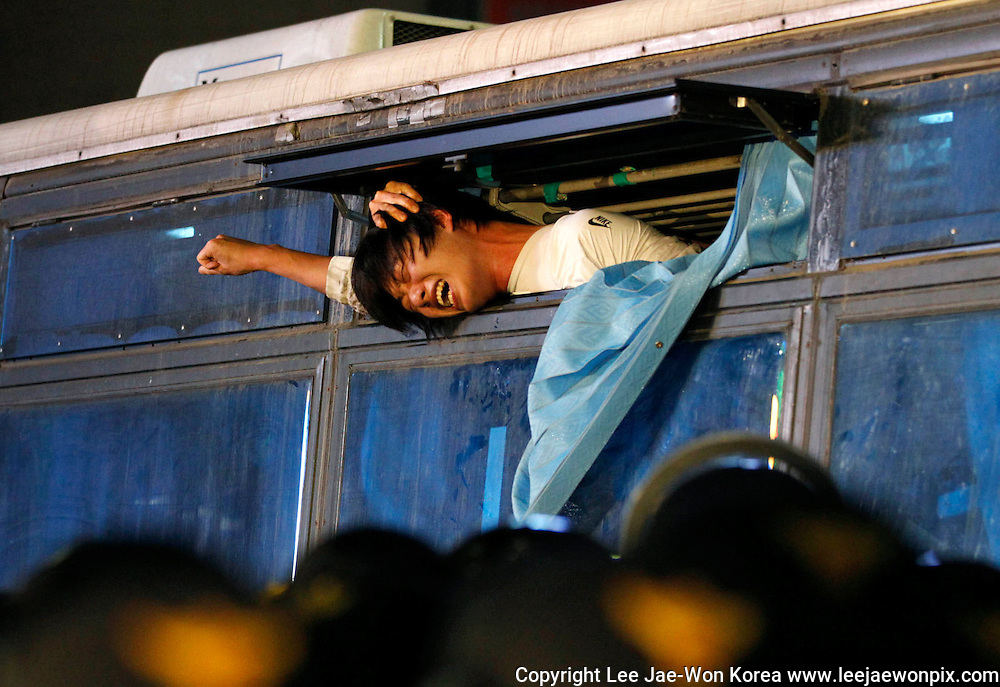