True believers in late President Park Chung-Hee and his daughter and current President Park Geun-Hye hold the Stars and Stripes and South Korean flags during a rally staged to support the president near the Constitutional Court in Seoul, South Korea, Mar 9, 2017, a day before the Constitutional Court's ruling on President Park Geun-Hye's impeachment. Park was impeached by the national assembly last December for allegedly letting her long time friend Choi Soon-sil meddle in state affairs and colluding with her to extort millions of dollars from chaebols, including Samsung. The ruling on her impeachment will be delivered by the court at A.M. 11:00 local time (02:00 GMT) on Friday, March 10, 2017. If the Constitutional Court upholds the impeachment, President Park should leave office permanently and presidential election is expected to he held on May 9, 2017. Photo by Lee Jae-Won (SOUTH KOREA) www.leejaewonpix.com 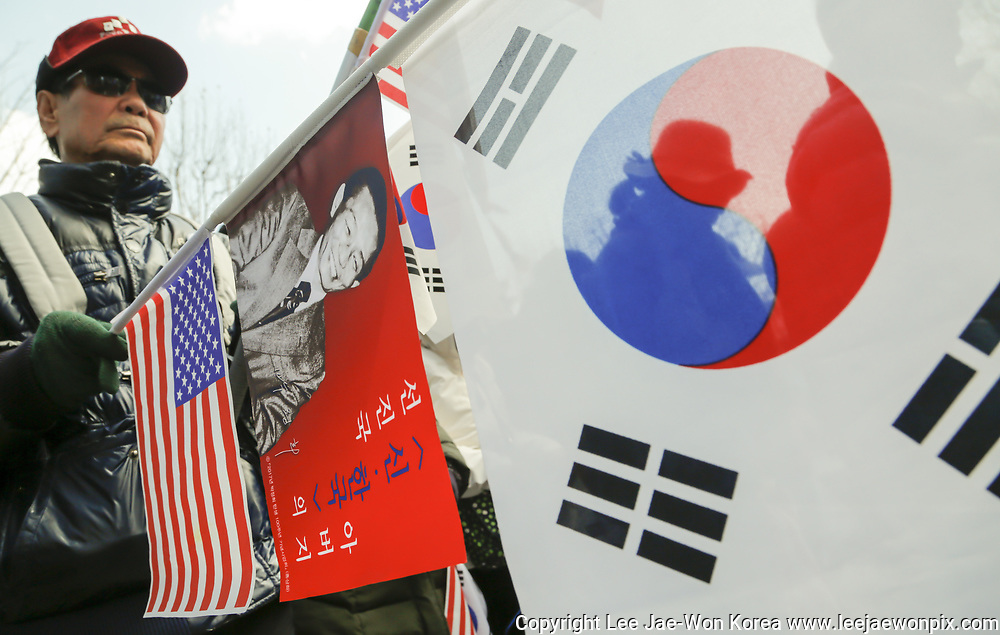