Policemen use pepper spray to workers trying to march toward the presidential Blue House in Seoul, May 1, 2015. Tens of thousands of workers held a rally on May Day in Seoul to oppose the government's plans to change the pension system for public servants and to allow more flexible labour market. They also demanded a thorough investigation into the Sewol ferry tragedy and the resignation of President Park Geun-hye. The police detained dozens of protesters. Photo by Lee Jae-Won (SOUTH KOREA) www.leejaewonpix.com/ 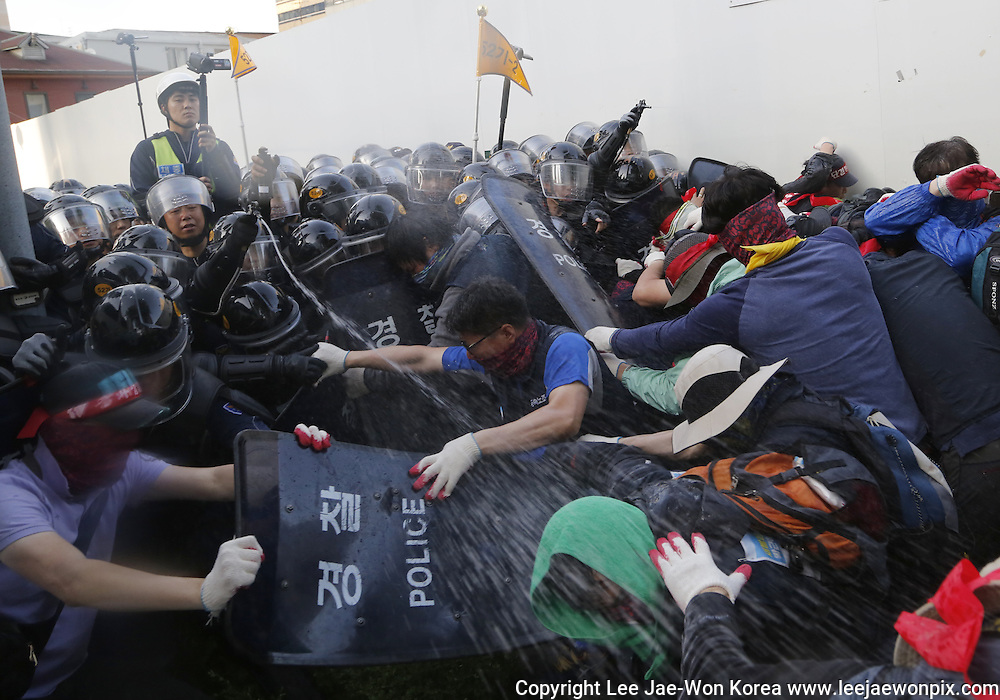