Policemen use pepper spray to protesters trying to march toward Gwanghwamun gate near the presidential Blue House in Seoul, April 18, 2015. About 30,000 people (8,000 people by police estimate) demonstrated on April 18, two days after the first anniversary of Sewol ferry tragedy to demand that the government hold a thorough investigation into the tragedy and President Park Geun-Hye resign. The police detained about 100 people during the protest. Photo by Lee Jae-Won (SOUTH KOREA) www.leejaewonpix.com/ 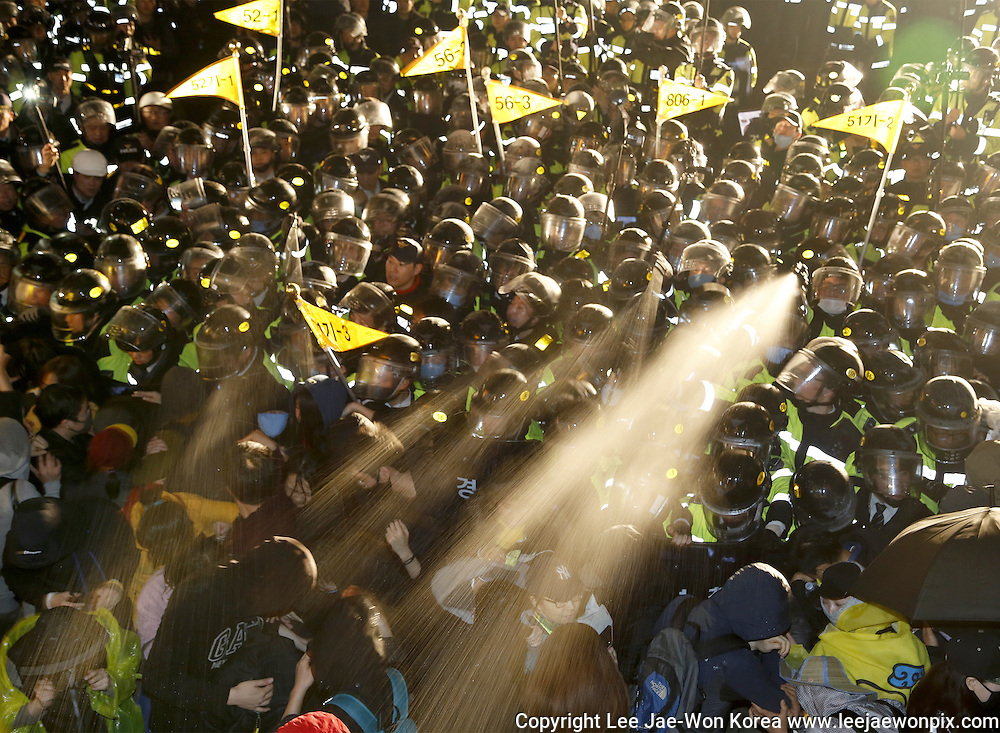