People wear masks resembling South Korean President Park Geun-Hye and Chung Yoon-hoi (2nd R), who was former chief secretary to Park, during an anti-government rally in Seoul, South Korea, December 5, 2015. The "People's Camp for Rising Up and Fighting", representing various groups of farmers, students, workers and the poor, demonstrated to oppose Park's regime to change the labor market which protesters insist, will allow easier layoff and more temporary workers and to monopolize the authorship of history textbooks. People wore masks at the rally to denounce Park who recently compared local protestors in masks to ISIS. The organizer said 50,000 people participated in the demo, while the police estimated that 14,000 attended. Signs reads,"We are not IS, we are people" (L) and "What did I do for 7 hours when Sewol ferry was sinking" (R). Photo by Lee Jae-Won (SOUTH KOREA) www.leejaewonpix.com 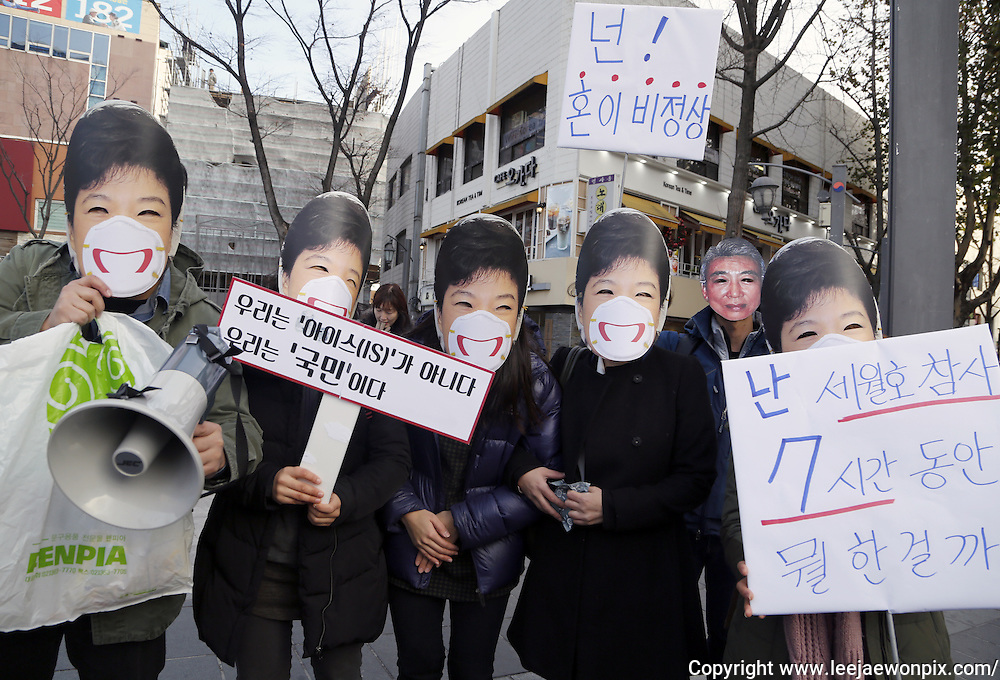