The Peace Monument symbolizing Korean sex slaves by Japanese military during the Second World War, is seen in front of the Japanese embassy in Seoul, South Korea, Jan 9, 2018. South Korean Foreign Minister Kang Kyung-wha said on Tuesday that the country will not seek renegotiation of a controversial 2015 deal it reached with Japan to settle feud over the sex slaves and said that it will set aside its own money to help the victims heal their wounds and recover their dignity, instead of using the fund that Japan contributed to under the agreement, local media reported. Photo by Lee Jae-Won (SOUTH KOREA) www.leejaewonpix.com 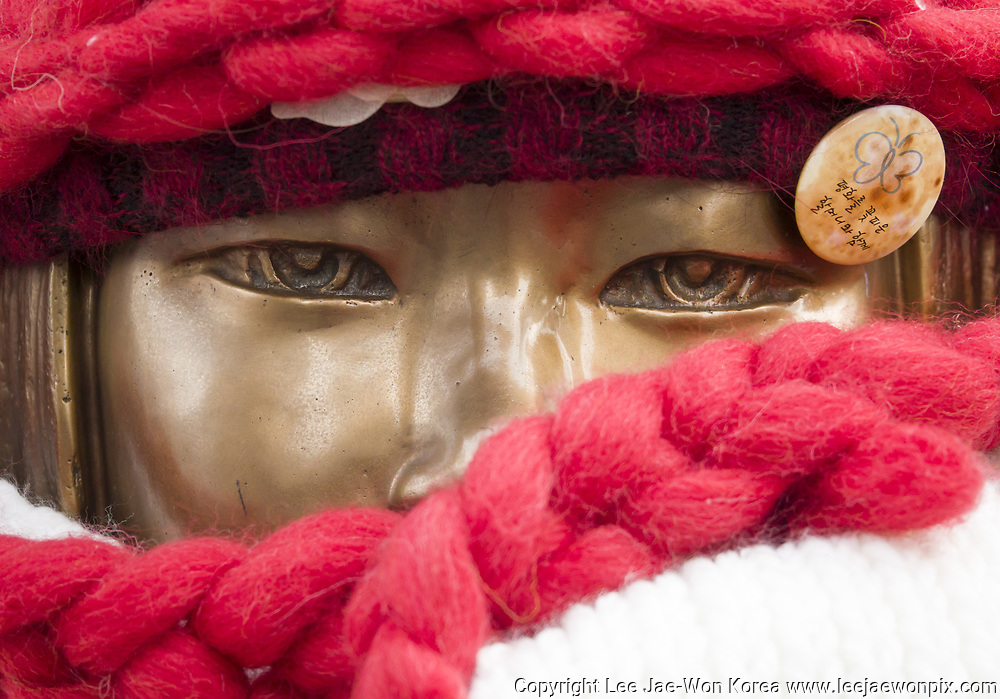