Soldiers salute during a temporary sacrificial ritual after exhuming the remains of three South Korean soldiers who were believed to have been killed by North Korean soldiers during the 1950-53 Korean War, at an excavation site on the summit of Sang, 1,290 m (4,232 ft) above sea level, which was one of the battlefields of the Mount Seorak combat during the war, in Goseong, about 200 km (124 miles) northeast of Seoul, June 19, 2013. According to the Agency for KIA ( Killed in Action) Recovery and Identification of South Korean Defence Ministry, about 160,000 South Korean soldiers were killed or missing during the war and the bodies of 130,000 among them, were not collected since the Korean War ended with an armistice. /Lee Jae-Won 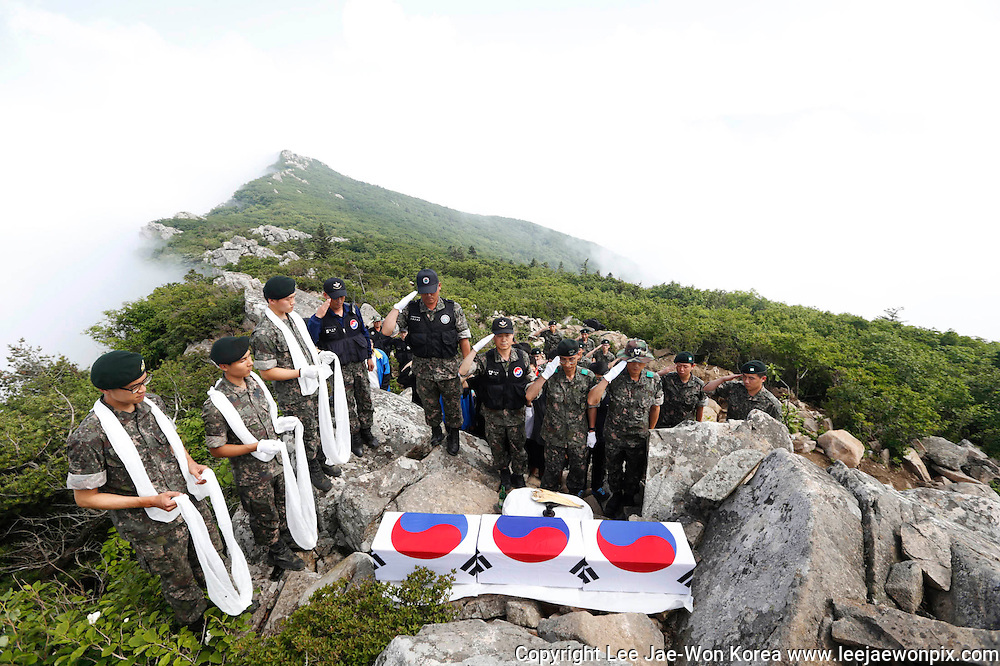