Traditional straw shoes, or jipsin, hang from the bags of students in traditional scholars' costume as they arrive at Myeongnyundang, a lecture hall at a Confucian shrine at Sungkyunkwan University in Seoul May 11, 2012. The high school students are from the port city of Busan and were taking part in a re-enactment of the traditional state examinations,"Gwageo". The practice of holding "Gwageo" to select government officials began in Korea in 788 and was abrogated in 1894. Jipsin were commonly worn by farmers, common people and scholars in ancient times in Korea until the early twentieth century. Photo by Lee Jae-Won (SOUTH KOREA) www.leejaewonpix.com/ 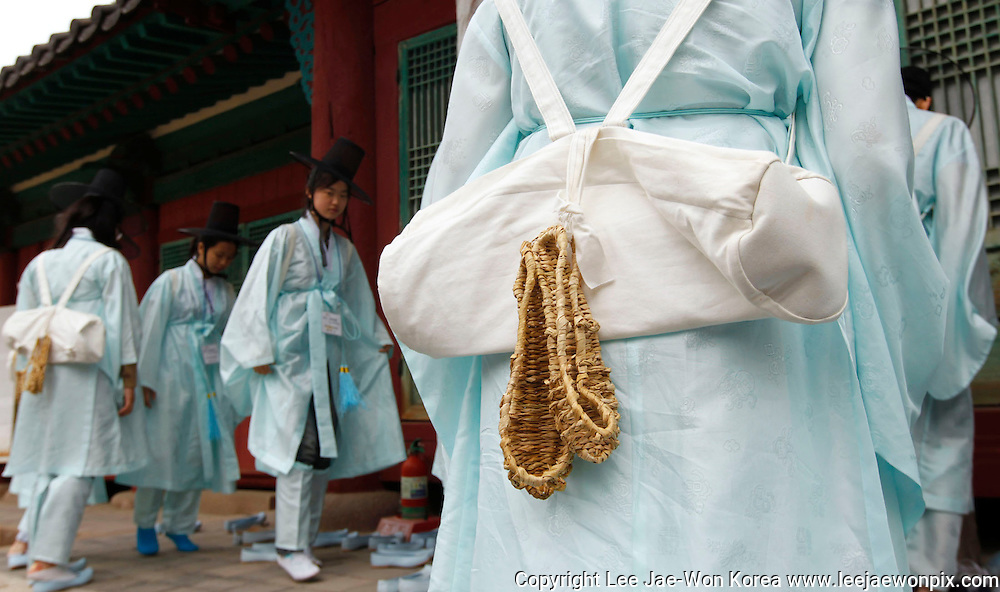