Ribbons and letters which people wrote for the victims of Sewol ferry, are seen while participants were holding a rally against what they insist, lax response of President Park Geun-hye's government after the Sewol ferry was sunken in waters off the southwestern island of Jindo on April 16, 2014, at a plaza, Ansan, South Korea, May 10, 2014. About 13,000 people participated in the rally to ask for resignation of President Park and to mourn for victims of the tragedy, according to local media. / Lee Jae-Won 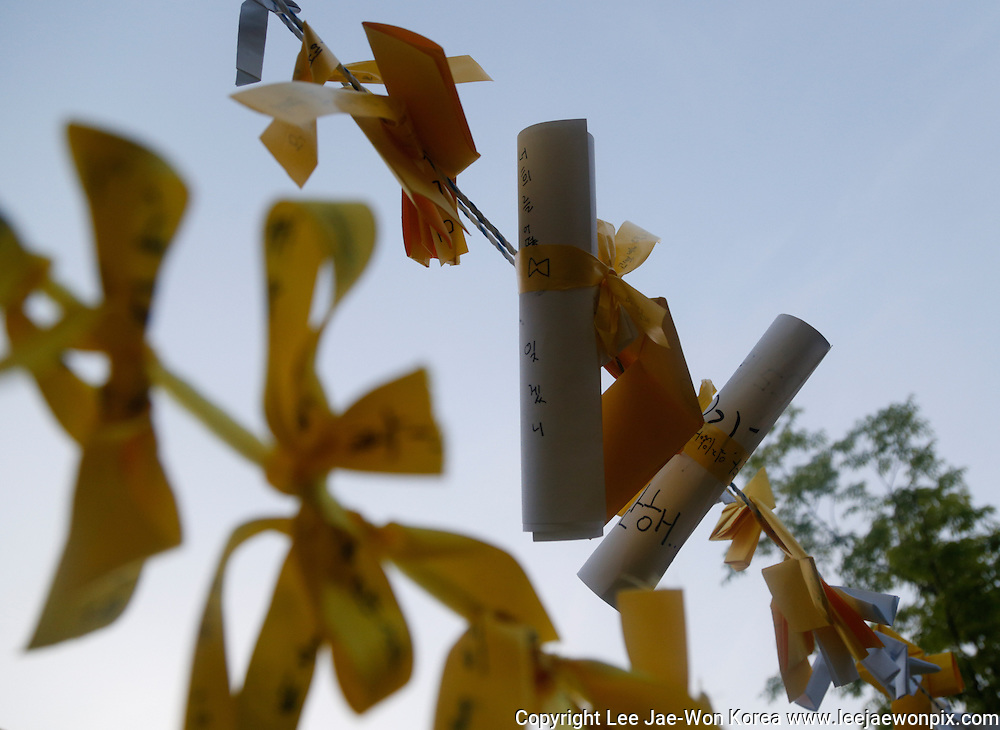