Participants march during a candle-lit protest against South Korean government in Seoul May 24, 2014. According to local media, about 30,000 South Koreans demonstrated on Saturday to mourn for the victims of Sewol ferry and to wish for the return of missing passengers as they demanded to investigate President Park Geun-Hye and reveal the facts of the ferry tragedy which left more than 300 people dead or missing after it was sunken in southwestern waters of the country on April 16, 2014. (Photo by Lee Jae-Won/SOUTH KOREA) 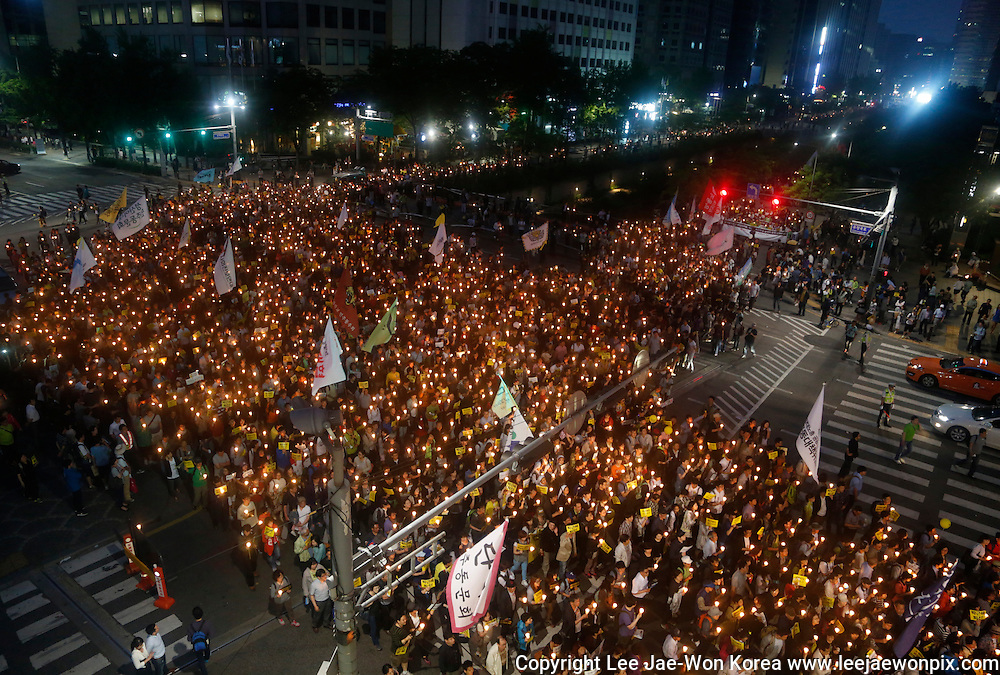