A South Korean man and his son take pictures of them in front of a work that local artists created to criticize South Korean President Park Geun-hye (C), Samsung Electronics Vice Chairman Lee Jae-Yong (L) and Hyundai Motor Chairman Chung Mong-Koo during a rally in Seoul, South Korea, Jan 7, 2017. About 600,000 people on Saturday participated in a rally in Seoul, held over an influence-peddling scandal centered on Park and her long-time friend Choi Soon-Sil. Park and Choi allegedly extracted US$64.7 million from conglomerates to set up private foundations controlled by Choi. People demanded President Park to step down during a rally, which was held also to mourn over the 1,000th day of the Sewol Ferry disaster on April 16, 2014, which falls on January 9, 2016. Photo by Lee Jae-Won (SOUTH KOREA) www.leejaewonpix.com 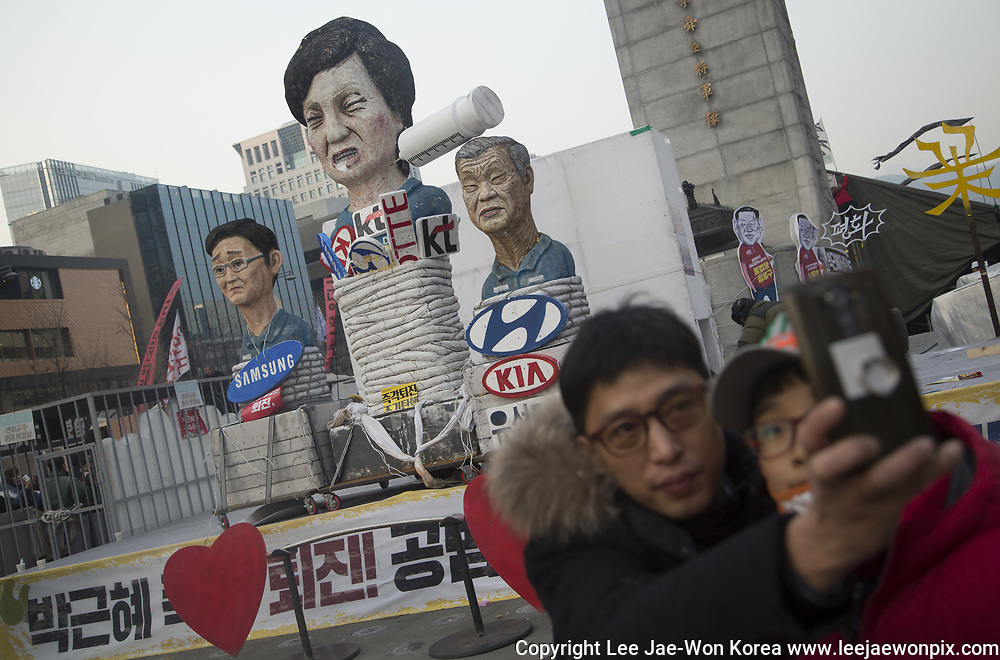