Ssangyong Motor's managerial officers and management-backed employees unaffected by the layoff plan enter the worksite as fired unionised workers try to block them with steel bars at the company's plant in Pyeongtaek, about 70 km (40 miles) south of Seoul, June 26, 2009. About 1,000 unionised workers at the automaker have been on strike since May 21, demanding management keep the assembly line workforce at current levels in a self-rescue plan the company is devising under a court order. The carmaker has called for more than 1,000 workers to be laid off, triggering protests from the labour union. Photo by Lee Jae-Won (SOUTH KOREA) www.leejaewonpix.com 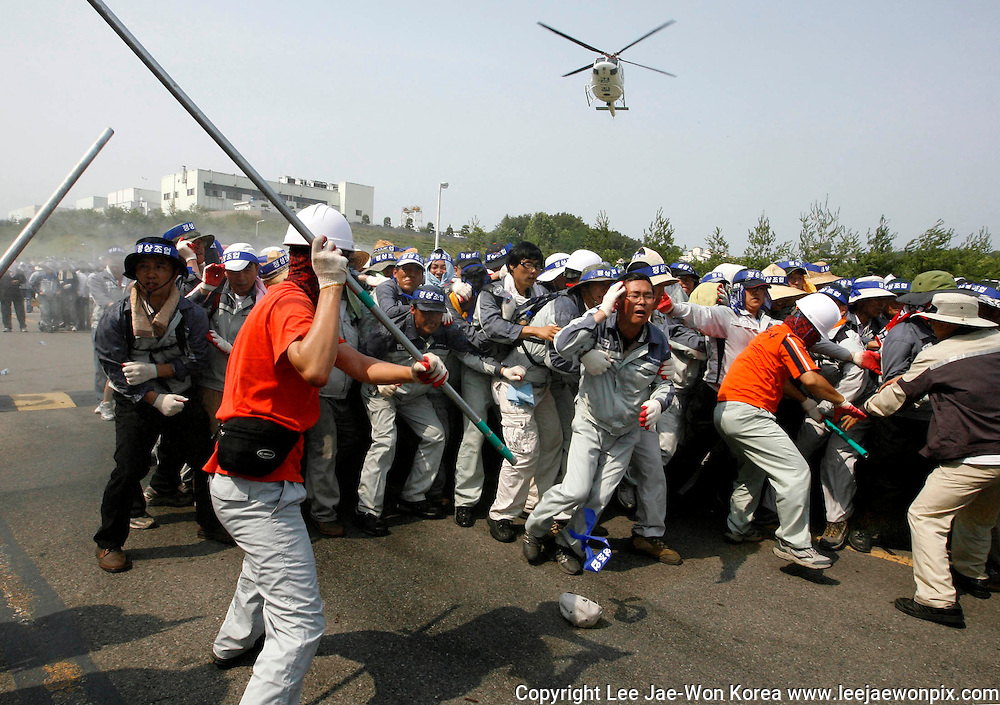