South Korean Ko Ju-rak (R), 82, who is originally from North Korea's Kabsan in North Hamkyong Province, his sons and grandchildren bow in the direction of the North during a traditional sacrificial ritual at Imjingak pavilion in Paju, north of Seoul September 22, 2010, on the occasion of Chuseok, the Korean Thanksgiving Day. Ko has not been able to visit his hometown since the 1950-53 Korean War. Chuseok is a time for Korean families to remember and honour their dead ancestors and Imjingak pavilion is the closest residents of the capitalist south can get to the border with the communist north. /Lee Jae-Won 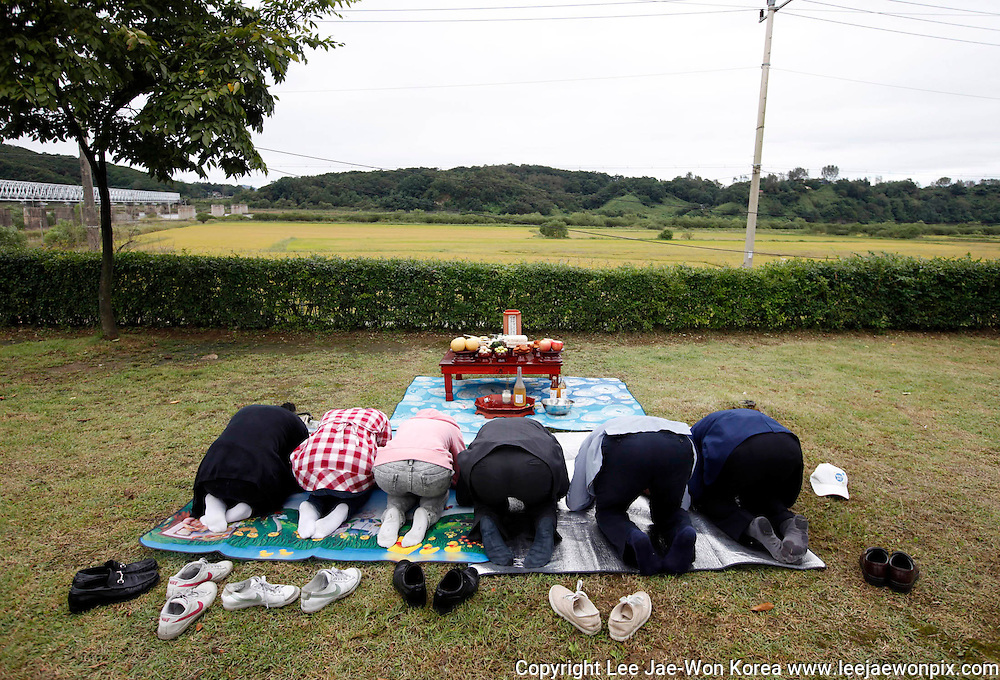