The 123-story Lotte World Tower (L) is seen at sunset in Seoul, South Korea, July 2, 2016. According to local media, building the tower had been opposed by South Korea's air force from the early 1990s to late 2000s, which insisted that the tower would hinder military aircrafts' movement from the Seoul Military Airport nearby the tower but the administration of former South Korean President Lee Myung-Bak approved the project in 2009, with Lotte Group bearing charges to turn the angle of the Seoul Airport's eastern runway by 3 degrees, so that aircraft flight paths would be moved away from the tower. The highest tower in South Korea will be completed this year. The Lotte Group is recently under prosecution investigation for alleged slush funds and embezzlement, local media reported. Photo by Lee Jae-Won (SOUTH KOREA) www.leejaewonpix.com 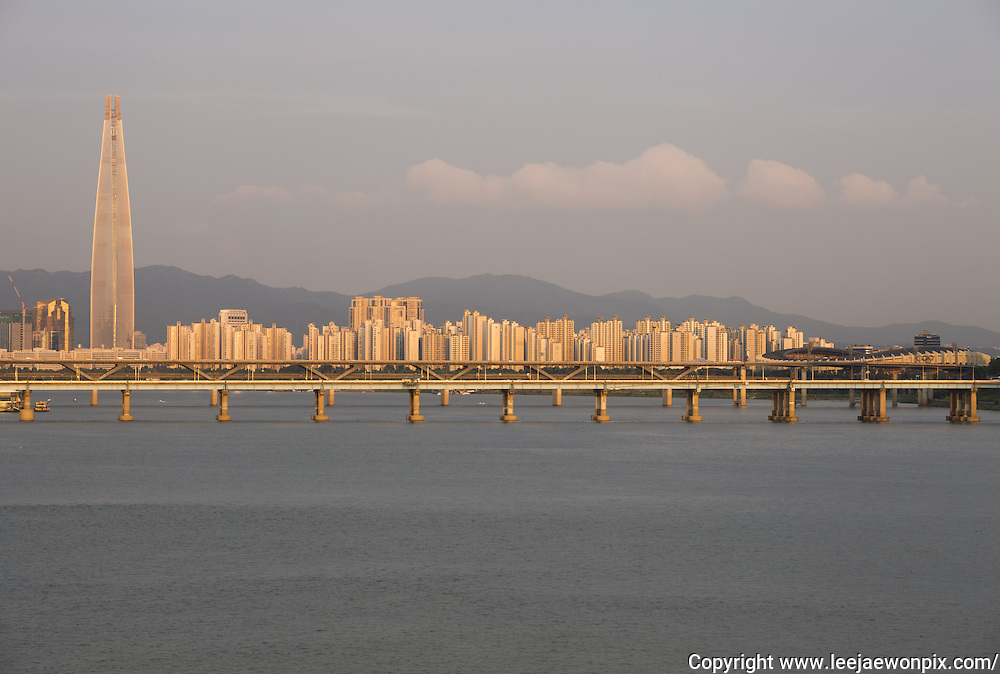