South Korean Go master Lee Se-dol attends a pre-match press conference of a human-computer showdown in Seoul, South Korea, March 8, 2016. The historic human-computer showdown in the ancient board game begins on Wednesday in Seoul, with the winner's prize of US$1 million at stake. The matches will be also held at the same place on Thursday, Saturday and Sunday and will end next Tuesday. The prize will be donated to UNICEF and other charities, if AlphaGo wins, local media reported. Photo by Lee Jae-Won (SOUTH KOREA) www.leejaewonpix.com 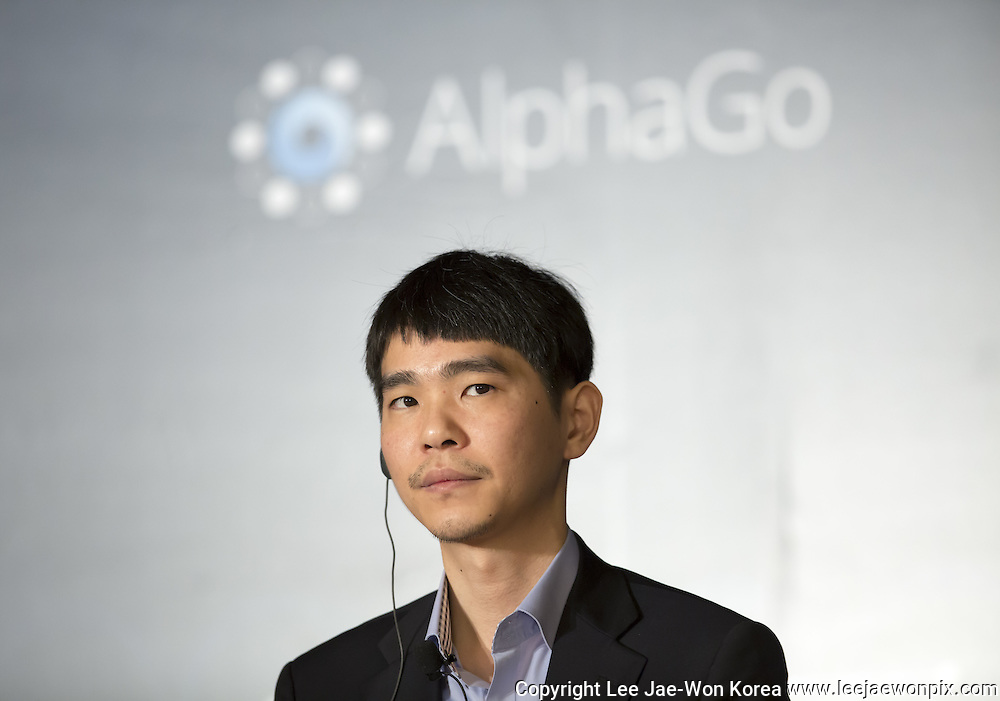