A striking worker at Ssangyong Motor watches from the top of a paint factory of the automaker's plant as the management and the police surround the plant in Pyeongtaek, about 70 km (40 miles) south of Seoul, August 3, 2009. About 600 dismissed workers have been occupying the plant for 74 days, demanding talks over the management's plans for restructuring and a mass dismissal. The Korean characters read,"You would rather kill us all than you do not talk with us!". /Lee Jae-Won 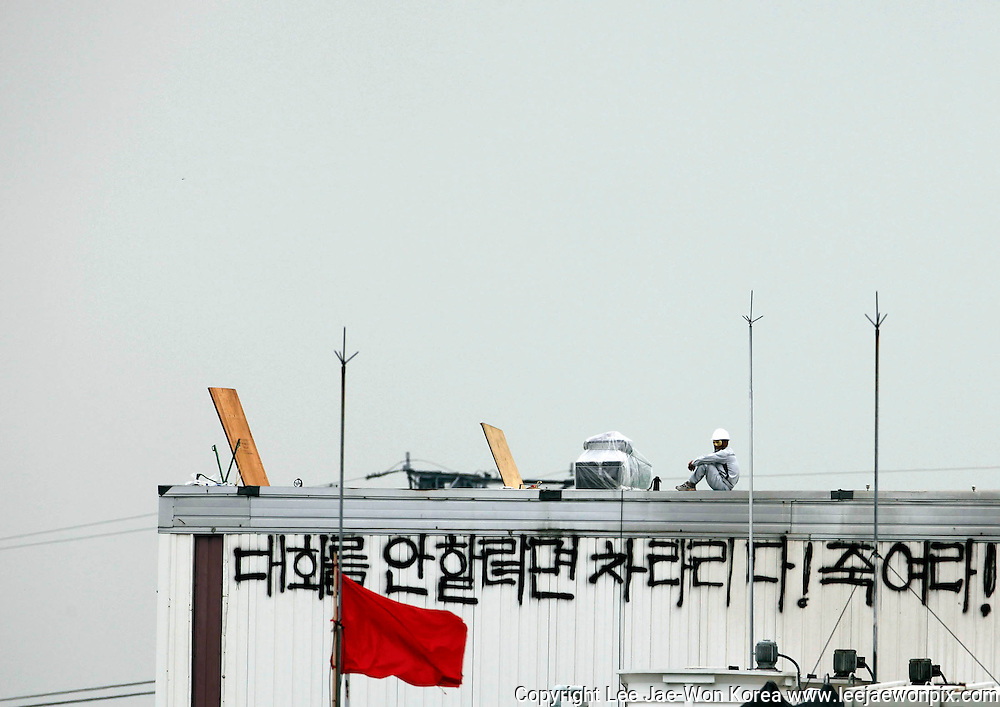