Policemen carry a supporter (C) of former South Korean President Park Geun-Hye as her supporters hold a sit-in in front of her home in an attempt to block her before she leaves to go to the Seoul Central District Court in Seoul, South Korea, Mar 30, 2017. The court held a hearing on Thursday to decide whether to issue an arrest warrant for her over corruption allegations that fired her. South Korea's prosecutors filed the request on Monday to detain Park Geun-Hye on charges of abuse of authority, coercion, bribery and leaking government secrets, citing the graveness of the alleged crimes and the possibility of the destruction of evidence, local media reported. Photo by Lee Jae-Won (SOUTH KOREA) www.leejaewonpix.com 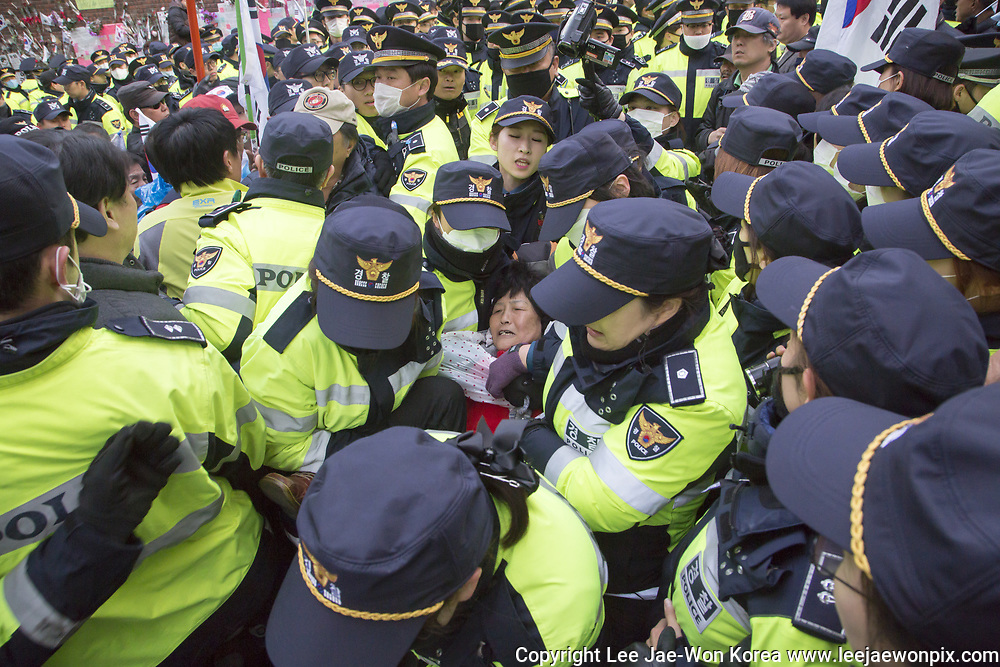