Policemen are on stand-by behind barricades as supporters for former South Korean President Park Geun-Hye stage a protest after the Constitutional Court on Friday upheld the impeachment of President Park in Seoul, South Korea, Mar 11, 2017. The ruling made Park the country's first president to be sacked by the parliamentary impeachment. Park became an ordinary citizen and is expected to face questioning by the prosecution. Park was impeached by the parliament last December for allegedly letting her long time friend Choi Soon-sil meddle in state affairs and colluding with her to extort millions of dollars from chaebols, including Samsung, local media reported. Photo by Lee Jae-Won (SOUTH KOREA) www.leejaewonpix.com 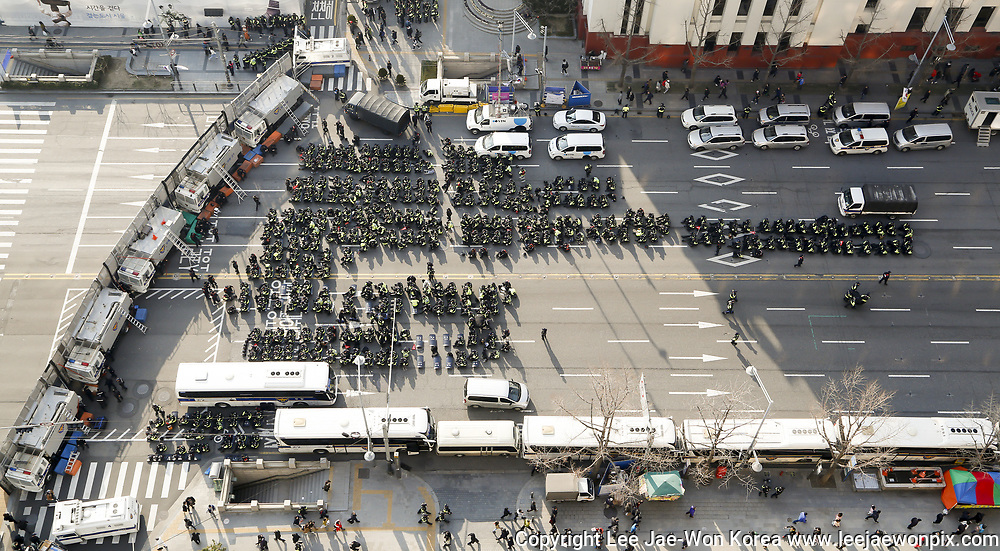