A boy with his puppy in front of a placard featuring residents' protest against the THAAD at Soseong-ri village in Seongju, about 300 km southeast of Seoul, South Korea, October 4, 2017. Soseong-ri village is about 2 km away from a U.S. military base, a former golf course of Lotte, where the U.S. Army installed the Terminal High Altitude Area Defense (THAAD) system after South Korean government decided to install the U.S. missile defense shield as a countermeasure to nuclear and missile tests of North Korea while residents and civic groups were protesting against the installation. Photo by Lee Jae-Won (SOUTH KOREA) www.leejaewonpix.com 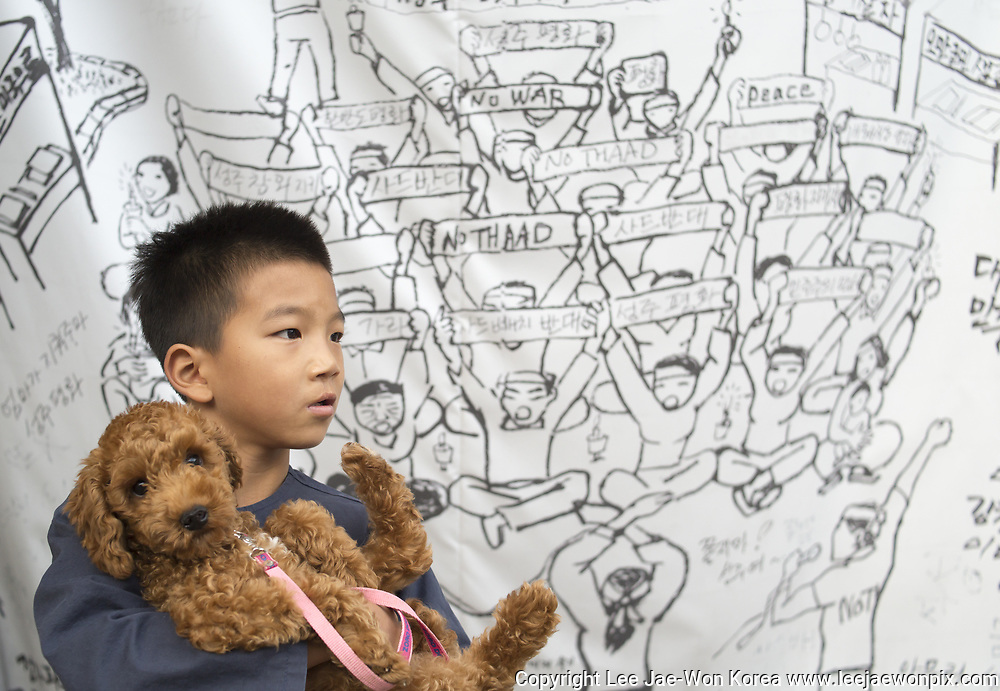