People help Baek Nam-gi (bottom), 68, a farmer from Boseong, who fell down after being hit by a direct blast from a police water cannon during an anti-government protest in central Seoul, South Korea, November 14, 2015. Policemen continued to fire the water cannon containing capsaicin toward the farmer and other protesters while he was receiving assistance. "The People's Camp for Rising Up and Fighting", representing various groups of farmers, students, workers and the poor, demonstrated to oppose South Korean government's plans to change the labor market and monopolize the authorship of history textbooks. Policemen set up vehicle barriers and used water cannon to break up people. The organizer said 130,000 people participated in the demo, while the police said 68,000 attended. Baek Nam-gi who had remained in a coma at Seoul National University Hospital since being struck by a police water cannon during the anti-government protest on Nov. 14, 2015, died on September 25, 2016, local media reported. He was 69. Photo by Lee Jae-Won (SOUTH KOREA) 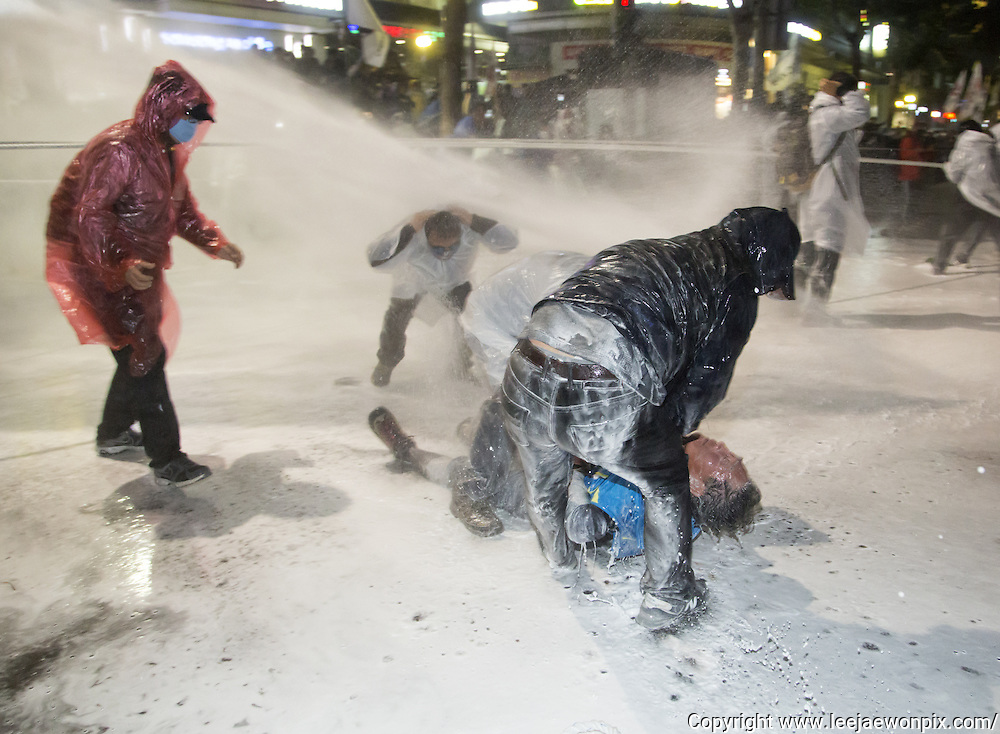