People hold signs containing names of victims of Sewol ferry disaster as they stage a silent protest on the eve of the third anniversary of Sewol ferry disaster in Seoul, South Korea, Apr 15, 2017. The Sewol Ferry sank off South Korea's southwestern coast near Jindo on April 16, 2014 during a journey from Incheon to Jeju. The Ferry was carrying 475 crew and passengers, mostly high school students on a school trip. More than 300 people died and nine are still missing. The Sewol was built in Japan in 1994 and it was decommissioned ship already when South Korea imported it from Japan in late 2012. South Korean government led by at the time President Lee Myung-Bak increased the maximum ship age from 20 to 30 years in 2009 as part of a drive to relax regulations, local media reported. Photo by Lee Jae-Won (SOUTH KOREA) www.leejaewonpix.com 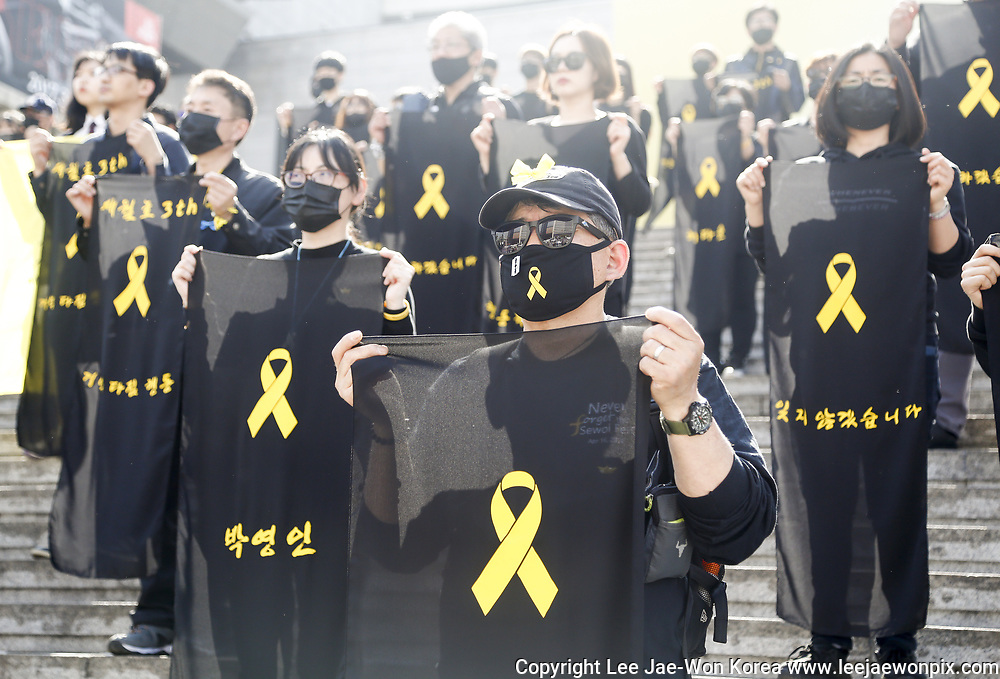