A woman casts a ballot as an official (R) of the National Election Commission looks on to declare close of ballot at a polling station for parliamentary elections in Seoul, South Korea, April 13, 2016. More than 24.4 million out of over 42.1 million, or 58 percent across South Korea gave their votes to elect new 300 lawmakers for the next four years, the National Election Commission said, according to local media. Photo by Lee Jae-Won (SOUTH KOREA) www.leejaewonpix.com 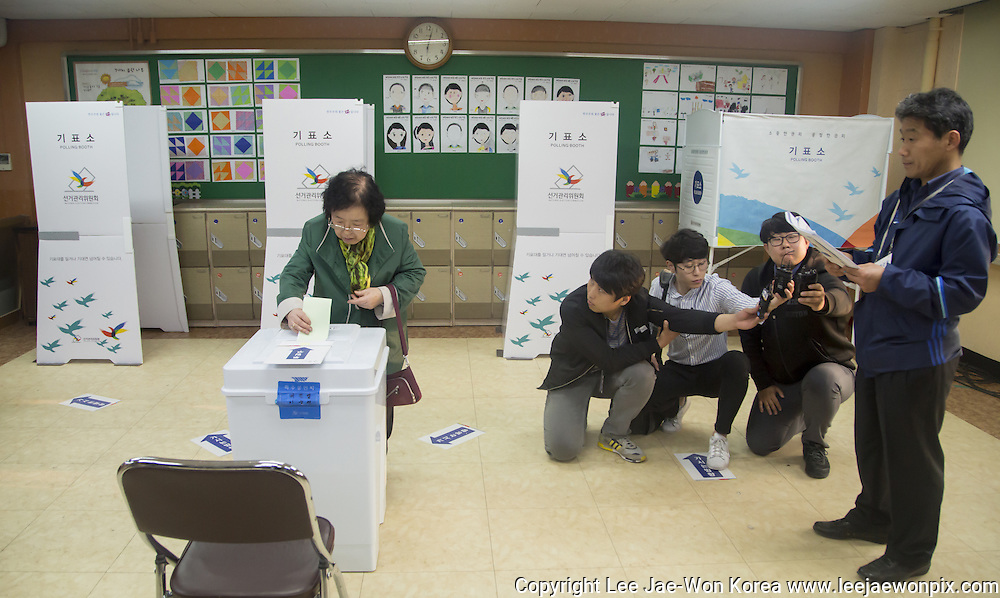