A South Korean soldier stands guard inside of the Military Armistice Commission building at the truce village of Panmunjom in the demilitarised zone (DMZ) separating North Korea from South Korea, about 55 km (34 miles) north of Seoul, September 25, 2013. Panmunjom is located in one of the world's most heavily fortified frontiers, DMZ, the 4-km (2.5 mile) wide buffer that runs along the heavily armed military border. The divided Korean peninsula is still technically at war, with the 1950-53 Korean War ending in an armistice rather than a peace treaty. /Lee Jae-Won 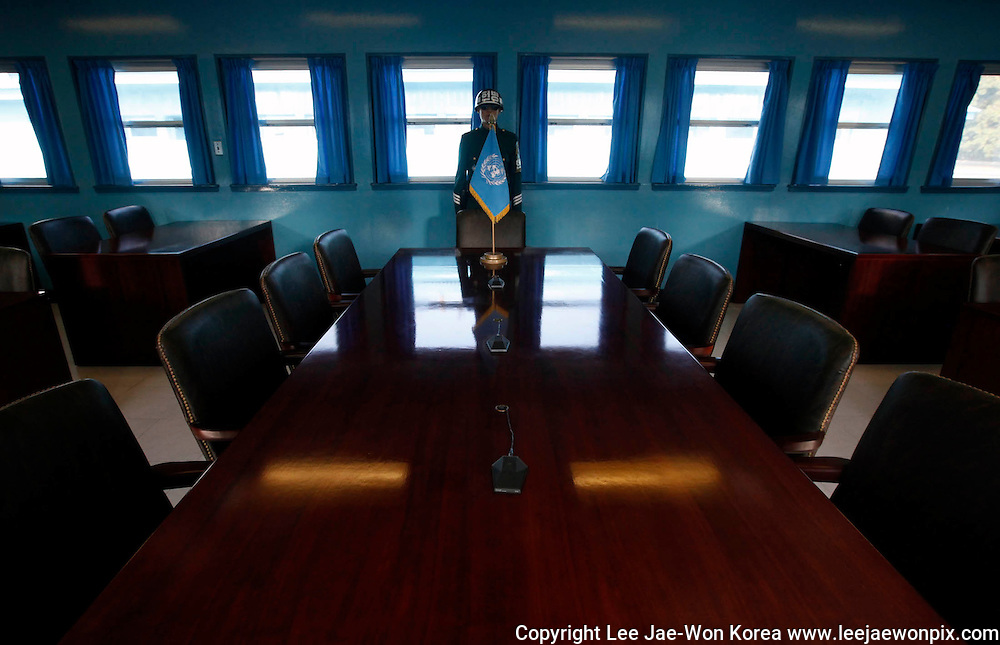