Park Geun-hye attends a national convention of then ruling Saenuri Party in Goyang, north of Seoul, August 20, 2012. Park defeated challengers from her conservative and right-wing party and was nominated candidate for the Dec. 19, 2012 presidential election. Park is the daughter of former military dictator Park Chung-hee who took power in a military coup in 1961 and ruled until his assassination in 1979. The late President Park was a lieutenant in the Japanese army during Japan's colonial rule over Korea and has been widely criticized when he imprisoned pro-democracy activists during his 18-year-seizure of power for "modernisation" of the country, according to local media. Photo by Lee Jae-Won (SOUTH KOREA) www.leejaewonpix.com 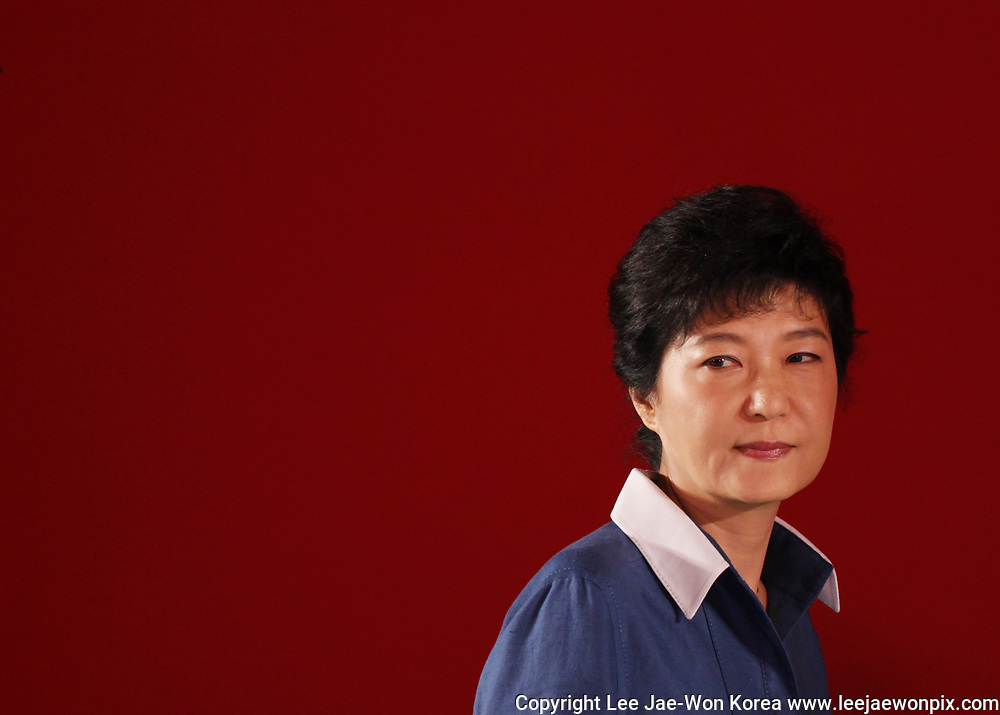