Residents and peace activists march toward a Lotte golf course during a rally against a plan of the U.S. and South Korea to deploy a Terminal High Altitude Area Defense (THAAD) battery in Seongju, about 260 km southeast of Seoul, South Korea, Mar 18, 2017. The U.S. and South Korea had agreed to station the anti-missile battery with a high-powered radar on a Lotte golf course in Seongju to counter missile threats from North Korea but China opposed the deployment as they asserted the United States will spy on Chinese military with THAAD. China recently ordered their travel agencies to stop selling group tours to South Korea. Photo by Lee Jae-Won (SOUTH KOREA) www.leejaewonpix.com 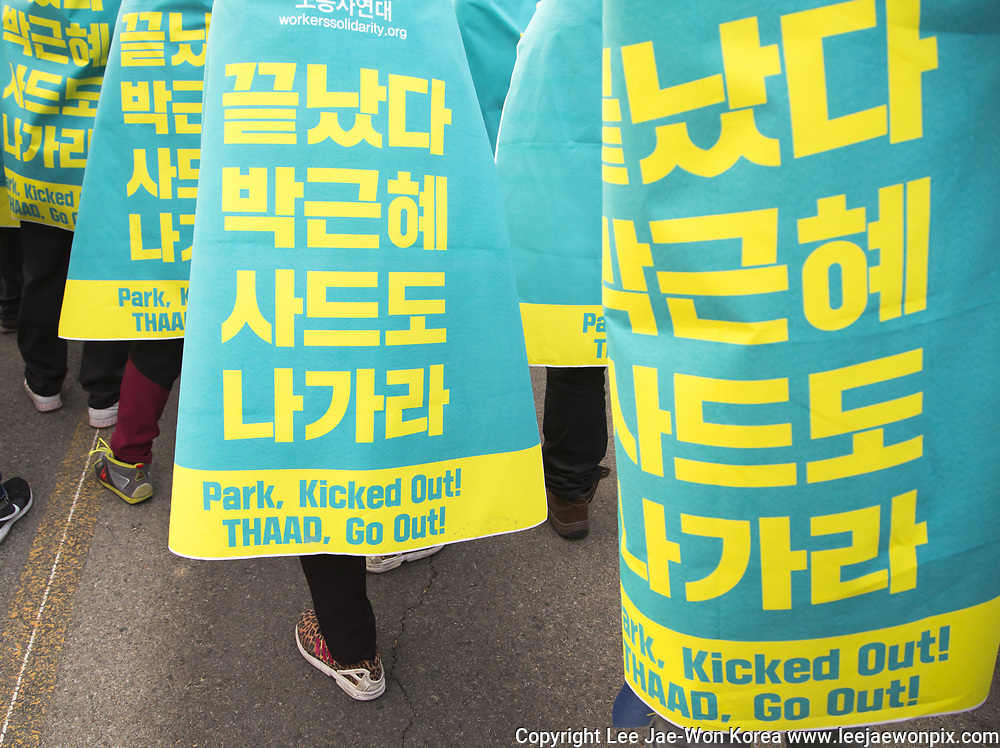