Yuna Kim and Do Jong-Hwan, Nov 1, 2017 : South Korean Culture, Sports and Tourism Minister Do Jong-Hwan (front L) and former Olympic figure skating champion Yuna Kim of South Korea, hold the Olympic flame upon arrival at the Incheon International Airport in Incheon, west of Seoul, South Korea. The Olympic flame arrived in Incheon, South Korea on Wednesday and it is going to be passed across the country during a 100-day tour until the opening ceremony of the 2018 PyeongChang Winter Olympics which will be held for 17 days from February 9 - 25, 2018. Photo by Lee Jae-Won (SOUTH KOREA) www.leejaewonpix.com 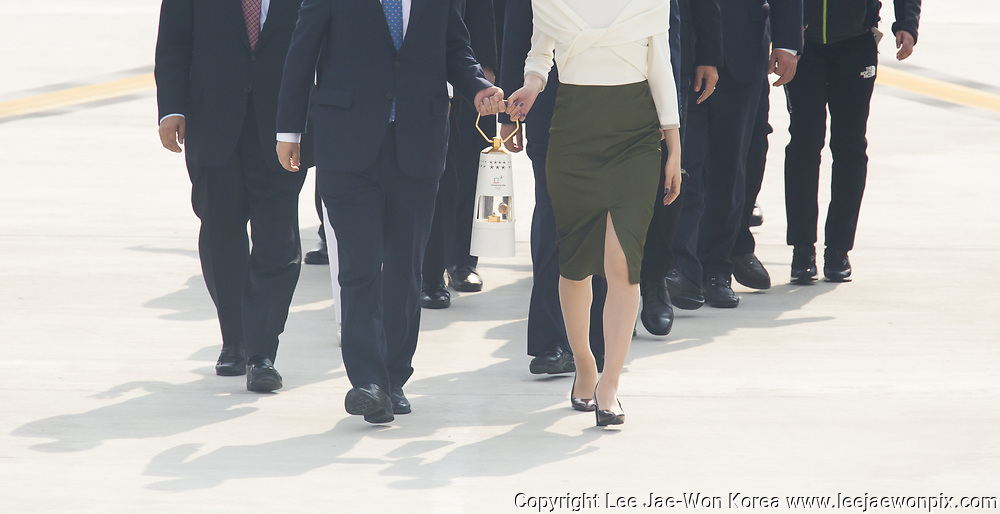