Choi Soon-Sil, a close friend of then South Korean President Park Geun-hye, arrives at the special prosecutors office in Seoul, South Korea, Feb 25, 2017. The special prosecutors started after President Park was impeached by the parliament in December, 2016 on allegations that her confidante Choi Soon-sil exerted influence on national affairs without any position in the administration as she was seeking to extort money from conglomerates, according to local media. Photo by Lee Jae-Won (SOUTH KOREA) www.leejaewonpix.com 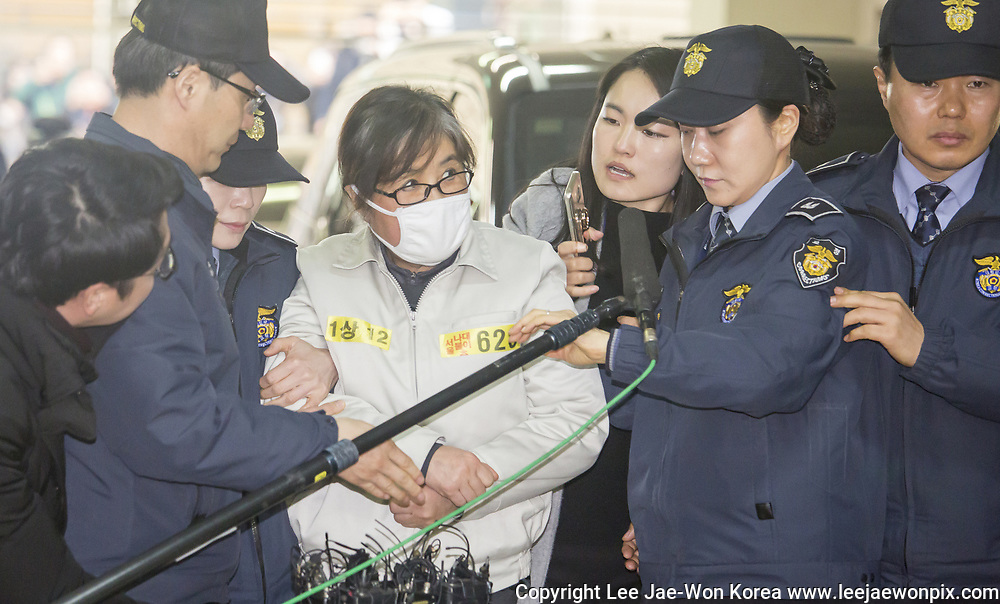